10 Things Life and Investing Have in Common

10 Things Life and Investing Have in Common

Life is all about learning, making sense of everything around you, making memories, and changing for the better. The various facets of life – from private to professional, dating to work, loving oneself to others, succeeding at work and investing – all share common denominators. Particular patterns that determine how we react in different situations are similar if not even the same across these different areas of life. Life is the totality of its components. An impatient person, for instance, who gets easily agitated if things don’t go smoothly is likely to be an investor struggling to sit back and ride tough patches when markets tank. A strong individual with a positive outlook in life tends to find it easier to see through the darkness of a bear market or a correction and focus on the light at the end of the tunnel when prices rise again. Thus, life and investing have a lot in common and experience in either influence behaviors and thoughts in other parts of life.

Here are the ten things that life and investing have in common:

1. Be aware of your psychological anchor

We are driven by an intrinsic benchmark. It’s that voice inside of us that tells us if we consider something expensive or a good deal. Whether it is a car, pair of jeans, or an asset, our psychological anchor guides our behaviors and decisions to take or leave the deal. So when looking at an investment – whether a stock, bond, property, or commodity - and trying to decide whether the price is too high or low, it is not only your research and expertise, but to a great extent your inner voice setting the benchmark and determining whether or not to close the deal. Listen to your voice as it is a good guiding tool.

Whether you go shopping for shoes or invest in the stock market, psychology drives your decisions. Your emotions and reactions to the daily share price are very much influenced by your vantage point. Imagine going into a very 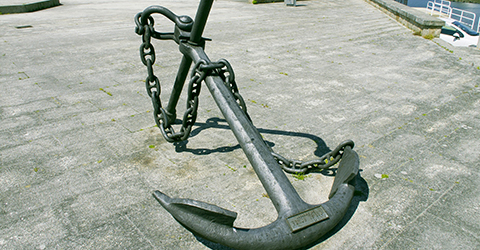 expensive tailor that sells suits for €/$/£ 3,000. Minutes later, as you walk into another store, you see a very nice quality suit for under less than one thousand. The second suit appears much cheaper; not just objectively but first and foremost subjectively. However, whether it is in fact cheaper depends on its quality. In fact, it is a tool used by any good sales person. Any skilled car sales person will present you the extra after having gone through the negotiation process where you struck that “fantastic” deal of shedding a few thousand of the “original” price. Once your vantage point is the 50,000 dollars you are splashing out on your new car, the 1,500 dollar for the stereo no longer seem that much of a stretch and you are more likely to add it to your purchase.

In investing: Once you have bought parts of a company, the recent evolution of the share price determines how you feel about its development. A share bouncing back after a few days or weeks of doing badly triggers a different emotion (more euphoria) than a share that has been rising steadily (when another couple of percentage point seem negligible in contrast).

3. Don’t let fear get the best of you

Like with so many things in life, fear inhibits our ability to make good decisions. When the stock market is in free fall, a flight instinct takes over – just as our ancestors ran away from dangerous snakes and spiders. What might be useful when faced with a life threatening situation, letting fear dominate your decisions, reactions, and behaviors may be as detrimental as the too common response to a car speeding towards you while crossing the street: to freeze instead of jumping or running. In investing freezing and not acting can cause all your gains to dissolve. But: just as not every snake is dangerous, not every fall in stock prices means you should act …

… Instead of not acting at all, overreacting and following herd scares can be even more detrimental. It is entirely human to determine a situation as dangerous or beneficial if everyone around starts moving in a certain direction – easily observable in any concert hall, sport stadium, or other mass event, people follow the masses and fail to look right and left for a better path. When all those around you start running like headless chicken, hold still and reflect. Maybe there is a better way. Not everyone can fit through the exits doors so why not look for an alternative path to success. Just as you shouldn’t be pushing in the same direction as everyone else to leave a building – you only get squashed amongst many others - don’t let your emotions, that are influenced by mass thinking, determine your investment decisions. Thus, once everyone starts running for the exit or jumps into the market, it’s usually better to look for an alternative for you don’t get caught up in false group thinking.

5. Admit you were wrong

One of the biggest mistakes many managers make is to not admit that they have made a mistake and regardless of the obvious consequences continue to allocate their precious resources to the wrong cause. They aren’t the only ones. You might remember a decision that somehow felt wrong but you stuck for with it that tiny bit too long for not having to admit to yourself that this time you made the wrong call.

To err is human. To admit just that makes you stronger than most humans. If you have made the wrong call, admit it to yourself, cut your losses, and refocus your energy.

Sometimes it does not even take misjudgment to render it necessary to cut your losses. Occasionally life itself has different plans for your investment. Hence, be prepared to limit losses – sometimes this is even useful from a taxation point. But limiting losses might turn into a win if you sell at a slight loss and buy back in days or weeks later at an even lower price. Beware, however, that if you set a stop loss (a trigger point at which your investment is sold), it doesn’t mean that you sell a, for instance, share for that exact price. It merely means that the processing of selling will be triggered. The price you get paid could be anything below the stop loss trigger point. 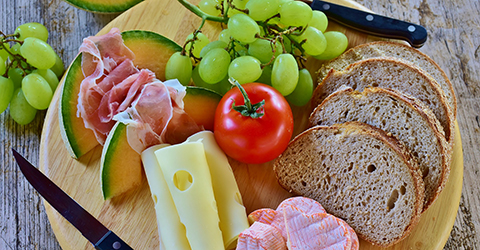 During certain seasons a particular fruit is in fashion or a rarity and thus more expensive than during other months of the year. The same applies to shares, property, bonds, or any other type of investment: sometimes they are in fashion, sometimes they are more rare than during other periods (such as a shortage of housing for instance), sometimes there is an oversupply. Don’t fall victim to acting or changing your investment strategy only because your investment is not in fashion that particular season. It potentially might be the biggest hit in the coming season.

Act like a trader working at a fruit market or a car trader: buy cheap, sell expensive. What you consider cheap or expensive is your call and you will become better with experience. A car dealer knows how much to ask for a car and thus determine the price s/he is willing to pay. The apple trader knows when is the best time in the year to buy and sell apples for the highest profit. You as an investor need to decide for yourself when and at which point it is best to trade (buy and sell) to make the biggest profit. By studying, i.e., observing market behaviors, you will get a feeling for prices and timing.

9. Be prepared for the unexpected

Sometimes life has great surprises in store. It’s the Black Swan effect. We think we know and are able to anticipate, but then something unexpected occurs.

Something so out of the extraordinary that markets act irrationally. Whether it is China’s production falling by 1%, a bank collapsing, or a sudden increase in liquidity because the Federal Reserve, Bank of England, or European Central Bank stated that they’d do whatever it takes to save the planet, market reactions to the unexpected are just like a surprising event in your day to day life. They trigger emotions and reactions that deviate greatly from the norm. Thus, take a step back an reassess by remaining rational and not surprised by the unexpected. 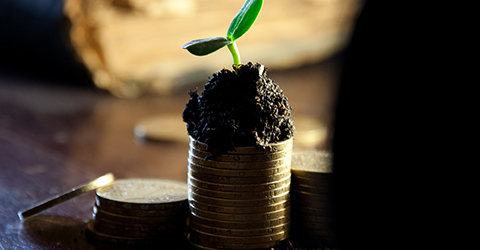 Okay, maybe I should have named this point: “Advantages come with preferences.”

Imagine being a shareholder, an owner of a company, without the guaranteed right to enjoy the profits of your business in the form of a dividend.

Of course, there’s not really some unkind or unjust power game at play, it is simply that certain shares give you greater advantages than others. The advantage, ordinary or common shares usually come at a cheaper price than preferred shares.

So there you have it, the ten things that investing and life have in common.

What would life be with small gifts? One more point that life and investing have in common: If you do not risk anything, you will never enjoy the rewards and gains of those willing to do things slightly different and take risks.

Whether you are an entrepreneur, an inventor, or an investor, if you want to succeed taking risks is one of the keys to success. As any entrepreneur will tell you, the risks have to be manageable. Instead of putting your money in a low interest savings account, why not do it differently from all those around you and put your money in shares, bonds, property, forests, or whatever many others feel uncertain about. It is those who jump on an opportunity first that reap the benefits. Think about it: there is only one Facebook, one Google, one Virgin Group, one Warren Buffett. You know you are on to something if everyone else is contemplating. While they are contemplating, you are acting.

So take a risk and gain big time.