Someone recently asked me where the name Blue Chips comes from. For those not familiar with the term: Blue Chips - or large caps, as they are also known - are those companies that have a high market capitalization (share price * number of shares).

The name derives from the most valuable chips in poker, the blue chips.

Blue chips are frequently amongst the best known companies in their respective country and oftentimes worldwide – Ford in the USA, Siemens in Germany, LVMH in France, or HSBC in the UK. They frequently enjoy a long history and a global market reach.

They are the Queen Marys of their respective national economy. Operating far beyond their national borders, their sheer size, influence, and reach makes them safe and relatively stable investments.

Blue chips – Too big to fail

Just take a look at the below figures to get a better idea of their importance for their respective national economy (as of April 2015):

As you can see, these companies are enormous making them almost government like. Their failure equates to the collapse of an entire economy.

The size and reputation make them relatively safe investments in the likelihood of a financial blow. Given their grandness, even a momentary drop in their share price generally protects them in the mid- and long-term. They are frequently able to swipe aside any major catastrophes that would be fatal for smaller companies.

Their role for the national economy also generally makes them too-big-to-fail.

During the financial crisis many of the likes of General Motors and former LloydsTSB were bailed out by their governments. In times of financial distress, their governments supported them with all types of aid to guarantee their survival – from financial support to merging them with competitors. For most governments letting their national flagships drown was simply no viable option.

Another reason for their relative stability from an investor’s point of view is their contribution to society. From the great number of jobs they provide to the taxes they pay, the pensions offered to their employees, and last but not least, their importance for a country’s reputation.

A government’s intervention in times of company hardship is thus more probable than if a company is a small- or mid-cap organization whose name is only known amongst industry experts.

In addition, their market cap provides additional protection against hostile takeovers and their presence in one of the major stock markets (DowJones, DAX 30, CAC 40, FTSE 100) increases their visibility to reel in new investments. 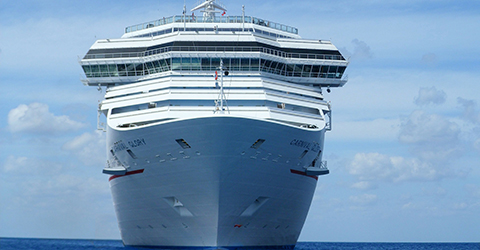 Small caps – Not too big to fail

Smaller companies, in contrast, are in for a tougher ride. Being listed in markets less visible to the greater public makes it harder for them to attract new investments. Their lower market capitalization also makes them easier targets for takeovers.

If you consider investing in small-sized companies, take into account the following risks:

1. Are easier targets for takeovers due to their lower market capitalization.

2. Do not have the global and often not even the national visibility and reputation to attract new investments easily.

3. Do not form part of the “too big to fail” category and are thus less likely to be saved by governments if push comes to shove.

Small caps and their vulnerability to trading volumes

Another important difference between large and small caps: bigger volume trades will have a larger effect on small than on large caps. Consider this example:

A £1,000,000 order represents the following percentage of the respective company’s market capitalization (i.e., value of the company on the stock market = number of [outstanding] shares * share price):

And to highlight the importance of market capitalization: Spirit Pub Company, a company owning a huge number of pubs in the UK, announced on September 23rd, 2014, that their bigger competitor Greene King, with a market cap of £1.74bn might take them over. Spirit Pub Company only had one third of Green King's market cap. You see a rather easy target.

Think of it as David versus Goliath; just that David is not able to outsmart Goliath. Following the announcement, Spirit Pub rocketed almost 18% on the day. Market participants interpreted the news as a positive development and thus saw potential in the share price.

If you had anticipated this development the night before and bought shares in Spirit Pub Company, you could have made a quick buck.

But just as small caps can be a great investment on such days, the inverse is just as possible if the news is perceived detrimental instead of positive for a company’s future.In the latter case, a small cap might suffer substantial losses, a large cap could have absorb and dusted off, pushing them to the brink of serious problems indeed.

Another issue: The smaller a company, the more exposed its dividend policy is to external events. While blue chips usually hold great financial resources able to bridge choppy times and continue to pay dividends, smaller companies are more likely to find themselves forced to refrain from paying dividends.

The smaller the company, the greater the impact of bumpy times.

In fact, to protect their capital, one of the first moves tends to be to reduce the dividend (oftentimes suspending the payments for prolonged periods).

If you enjoy a bit of a gamble, then opt for small caps. Many small caps are undoubtedly fantastic companies; just keep in mind that their smaller market capitalization exposes them to potentially greater share price fluctuations and are prone to suffer from some of the above risks.

Blue chips, on the other hand, experience smaller price fluctuations and tend to pay higher and stabler dividends.

If you are in it for the long run, blue chips offer the best of both worlds: greater price stability and potentially higher dividends.