Prague, the city of Kavka and Havel, the capital of the Czech Republic, famous for its beautiful architecture, good beers, the impressive river Vltava and Prague Castle towering above the city.

Recent years have seen a once communist nation become a new economic powerhouse. The Czech economy has experienced an impressive growth; the once lagging economy has transformed itself into one of the strongest and healthiest economies in Europe. With literally no unemployment, rising wages that not too long from now will match salaries in Western European countries. With the economic growth came higher prices, higher rents, and a general uptick in living costs.

For years the beautiful city of Prague has been a hotspot for stag dos. The city has been particularly attractive for many Brits. Understandably, as with cheap flights from many UK cities, good value for money, hopping on a plane to party in the Czech capital seems like an easy option.

This city, however, has so much more to offer. Prague is full of culture, the architecture beautiful and thankfully not destroyed during World War 2. Galleries and concerts are plentiful, great bars and clubs scattered around the city, cafes offering anything from good coffee to a variety of brews. During the summer months, one can enjoy the many bars and concerts along the Vltava quays.

Given its popularity and its strong economy, has Prague become too expensive? How much does it cost to get to Prague? How much a pint, accommodation, transport, and food? To answer these questions, let’s look at the travel budget for Prague.

Getting to Prague is fairly easy and quite inexpensive from most European capitals. Given that Prague is the Czech capital, there a direct flights from most other European and international capitals. 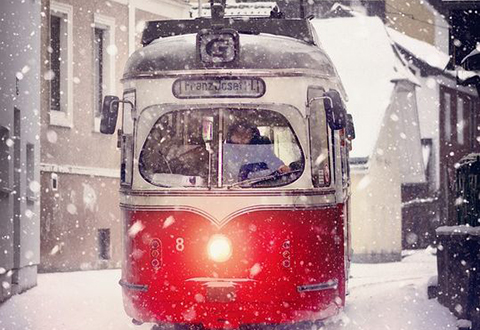 If you happen to travel from Munich, for instance, or various other Southern German cities, you can hop on the Alex, the train company operating between Munich and Prague. If you want to hop on en route, the Alex stops in other cities on the way, namely Freising, Landshut, Regensburg, Schwandorf, Plzen, and Praha (the Czech name for Prague). In fact, there are two Praha stops, if you want to get to Prague city center, wait until the last stop to get off.

You can buy tickets for the journey on the train, at the ticket counter in a station, or online both on the German and the Czech website. I bought my return ticket on the Czech website as it was significantly cheaper than on the German site. Altogether I paid around € 30 including conversion fees from Czech koruna to Euros.

A single journey from Munich to Prague was 370 koruna (about € 14-15 depending on the exchange rate). Each trip roughly takes five hours and while it is possible to reserve a seat, I found it not necessary if you get on at one of the first stops and go midday. This may be different in the morning or evening and on weekends, but as I traveled mid-week from Munich to Prague, most seats were still freely available. In contrast, on my way back from Prague to Munich on the weekend, the compartment was packed.

If you are pressed for time, the train may not be the best option. As mentioned, it takes more than five hours, but if you have time, why not enjoy the beautiful trip, soak in the Bavarian and Czech countryside, or use the time for work or reading. Another option is to head to the on-board restaurant and indulge in some Czech beer and Gulash.

Prague has so many different forms of public transport to choose from. From metro to bus, tram to train, bike sharing and Lime scooters (if you haven’t heard of or seen them yet, Lime scooters are scattered around the city, you book one with your phone app, jump on the scooter and travel the city on a speedy electric scooter).

It is similarly possible to get around Prague by foot, but for longer distances or at night, it is certainly more comfortable to jump on one of the many public transport options.

You can buy tickets for the tram, bus, and metro that are valid either 30 or 90 minutes, one day and for those staying longer, there are also tickets available that are valid up to three days. The prices as of December 2018 are:

You can buy tickets on trams and buses, at a ticket office, or one of the many ticketing machines. Beware, you are best served by having coins ready as it was, at least as of December 2018, hard to find a machine that would accept credit cards. I never came across one that accepted bank notes.

Prague has a lot to offer in terms of food. Regardless of whether you fancy Turkish, Italian, Serbian, or Tapas, you will find something to indulge in. First and foremost of course, the go-to cuisine is Czech. You will also find many Vietnamese restaurants. Given the long shared history of communist regimes, you will also stumble across many great Vietnamese restaurants in Prague. 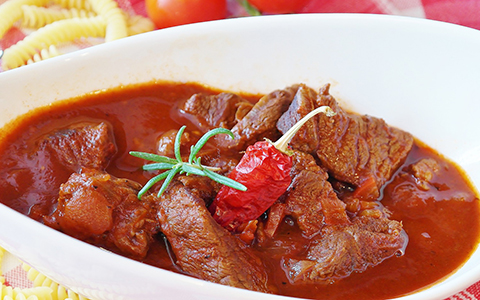 Since you are traveling to Prague, let’s focus on Czech restaurants and the budget you should plan for to indulge in Gulash and Schnitzel.

One of the most common dishes in the Czech republic is Gulash with dumplings, either bread or potato dumplings. In most places outside the tourist areas you will pay around 129-199 koruna for Gulash plus anything between 35-55 koruna for dumplings. We went to a place called Lokal that was at the lower price point including unlimited numbers of dumplings. It is a chain so in comparison to other small places hidden away in residential areas lacks the homemade touch, but it is still good nonetheless.

The most common drink is Prague is, obviously, beer. Czech beers are famous and varied. From Lager to dark beers, unfiltered to limited brews, there are beers for any taste. 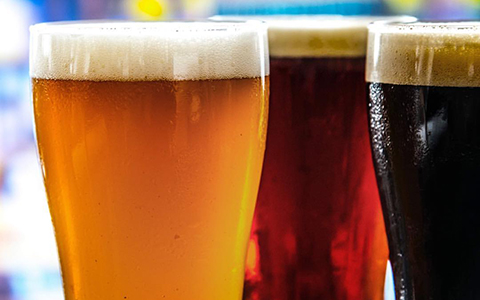 As common as beers are in the Czech Republic and Prague, as inexpensive they are. Unless you head to one of the outrageously overpriced tourist traps, you can order your cold one for around 39 to 54 koruna. These are prices for pints, half pints are anywhere between 25 and 36 koruna. Obviously it depends on where you go, what type of beer you order, whether a common lager, a limited edition or a darker beer, but beers are generally not expensive in Prague.

Some of the most accessible ones regarding prices and in terms of their availability across Prague are Pilsner, Staropramen, Gambrinus and Kozel. All of them will be on tap or in bottles at most pubs, restaurants and bars. Again, a price point for these beers should be between 39 to 45 koruna.

Obviously as everywhere else, there are plenty of options to choose from when staying in Prague. From five star hotels such as the Alchymist Grand Hotel  that go for € 200-300 per night to hostels such as the Little Quarter Hostel. While the first hotel is pure luxury and allows you to switch off, the latter is for those on a budget and a night in a shared dormitory will thus be around € 23.

Prague has so much to offer and besides all the culture and history is a city that will not break the bank. Enjoy your next trip to Prague. If you have any further tips, please leave them in the comments below.