On our recent holiday in Vietnam we asked ourselves a number of questions that many travelers appear to ask themselves according to sites such as tripadvisor: “What is an acceptable price for a service or product? Are we paying too much for the taxi ride from the airport to the hotel? Are we being ripped off or is it really that expensive? It can really spoil a holiday if you feel that you are nothing but a walking wallet. Let me thus share our experiences in Vietnam and what prices we found to be reasonable for a range of products and services.

Let me start this post with a very positive observation: the Vietnamese we have met on our travels through Vietnam were the most welcoming, warm, and honest people. We only had two bad experiences out of hundreds – thus no more than you would experience in any other part of the world. Many times over the local Vietnamese corrected when we overpaid; such as on a public bus ride through Ho Chi Minh City and in a bar.

Before we went I didn't know what to expect, now I can truly say that I fell in love with a great country and its wonderful people. But let me return to the actual topic of this post: a budget in Vietnam. 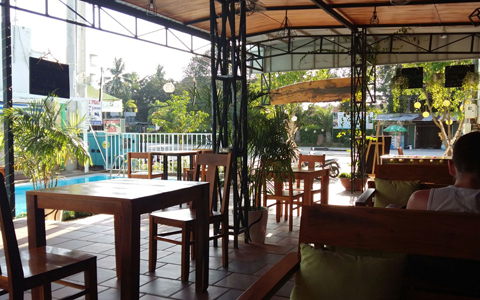 Let start at the beginning of most trips: our search for accommodation. You may also have come across articles claiming that it's possible to sleep for almost nothing in Vietnam, a couple of bucks could get you accommodation. While this is true if you are staying in dorms, for couples, and certain luxuries (i.e., comfy beds, nice bathroom, air conditioning, and breakfast), you'll be paying a bit more than just two or three bucks. For a couple's room in a nice backpacker hostel, you'd be looking at around €10 per night for a couple's room. If you fancy something more luxurious, such as a truly great and luxurious 4 or 5 star hotel with gym, swimming pool, free mini bar, and inclusive of breakfast, you'd be paying around €90 per night and room. A comparable room in Europe or the USA would costs at least four times that amount. If you plan well ahead, you might be able to be averaging €30 per night.

During our fifteen day journey (fourteen nights), starting with a night in Dubai, we spent on average just over €37 per night including a backpackers and , a few 4-star and one 5-star hotel. Granted, the effective average would be more in the region of €47 per night, as we paid a great part of the five-star hotel with airmiles.

On our layover in Dubai we stayed in a traditional Arabian room for 56€.

Our first two nights in a fantastic 4-star hotel in the center of Ho Chi Minh city were €176.

Our three nights in the mountains of Vietnam in a fantastic backpackers ran at a total of €32.

Our first two nights in Phu Quoc were €25 per night and the next three nights in a beautiful bungalow €90.

Just as most tourists, we weren't aware of what constitutes reasonable price for drinks and food in Vietnam. In fact, we didn't find out until a few days into our trip how much water and other drinks were in Vietnam. The first two nights we had a free mini bar and thus no need to buy drinks outside the hotel (except for beers in the evening). When we finally did walk inside of a shop, one of the numerous little corner shops you'll find across Vietnam, the owner asked for 20,000 dong for a 1.5 liter bottle of water (that would be twice as much as I'd pay in Paris in a corner shop). We politely declined and ever after attempting to negotiate concluded her new offer to be rather a tourist than an actual price for the bottle of water and left her shop.

Only 100 meters down the road did we come across a local supermarket. Here the price for a 1.5 liter bottle of water was a fraction of what the lady in the corner shop wanted: depending on the brand, bottles were between 8,000 and 12,000 dong. Smaller half liter bottles were only 5,000 dong.

For the rest of our journey this became our benchmark and subsequently never paid paid more than 9,000 dong for a 1.5 liter bottle.

If you're after sodas, anything more than 10,000 to 15,000 dong (depending on whether it's a big supermarket or a small corner shop) is overpriced. 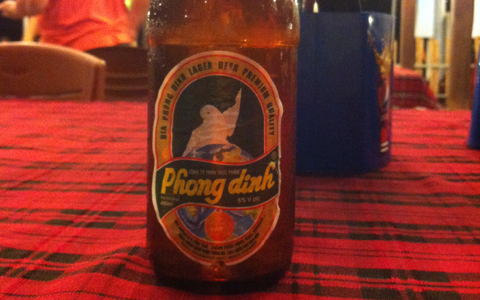 Vietnam has some fantastic beers to offer. From Saigon Green to Saigon Red, Tiger to Sapporo, 333 to many export beers, having a cold one on a nice, warm Vietnamese evening with a good BBQ or Pho is simply a delicious experience.

Expect to pay anything from 15,000 to 25,000 dong for a Saigon Green or Red. A 333 is usually around the same or cheaper than a Saigon Beer. Tiger and Sapporos are generally around 3,000 to 10,000 dong more, depending on where you enjoy your beer. But even in the most touristic places, you'll find Happy Hours offering Saigon Beers for around 20,000 dong. In fact, we usually paid somewhere between 10,000 dong in a local restaurant to 25,000 dong in a trendy restaurant.

The most expensive beer I saw was in a chic rooftop bar selling Saigon Green for 45,000 dong. I thus opted for a cocktail at 80,000 dong, much more suitable to the occasion and during cocktail Happy Hour.

This depends very much on where you are, but you should be able to get some fried rice, noodles, or Pho for around 30,000-45,000 dong. That's good quality with vegetables, beef, or chicken and freshly prepared in a cafe or restaurant. The highest prices we found were on Phu Quoc in the tourist areas with prices double and trip that. Just outside the tourist areas, however, you'll find restaurants and cafes frequented by locals with prices in the 30-40,000 dong range.

If you are really on a budget, but also for those who want to taste a really delicious local dish, go for a dumpling at one of the street stands. Dumplings with pork are around 15,000 to 20,000 dong depending on size. 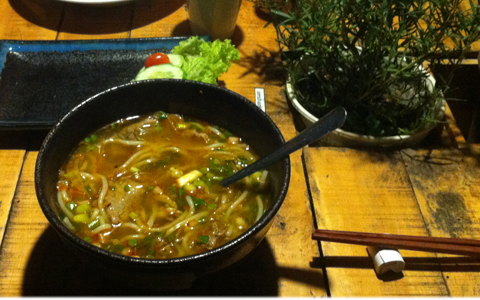 Getting around in Vietnam is a bit difficult. There's only one North-South train line built by the French during colonial times. If you want to go anywhere else, your only choice are buses (you might read that renting a scooter is a good choice, but be very careful, as they might be okay for a short trip, but not for long trips, as your insurance might not cover you. Vietnam only accepts international driver licenses, not any of the national ones you are likely to have in your wallet).

Much quicker and not necessarily significantly cheaper are Jetstar and Vietjet. We took Jetstar three times and were quite satisfied. We paid around €25-30 for one hour flights in the south of Vietnam.

Within cities and towns your easiest option is to grab a taxi. Taxis in Vietnam are fantastic and so much less hassle than in Thailand where it's a constant nuisance preventing yourself from not getting ripped off by taxi drivers. As long as you stick to Vinasun and Mai Linh taxis you will have a better riding experiences than in many other countries; I assure you that it's much better than Parisian taxis. Both companies have meters and their drivers are polite and very professional. We traveled mostly with Vinasun and found it very enjoyable. 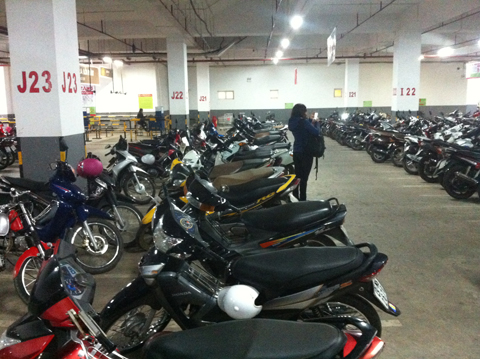 After my positive experience in Thailand, I thought about having a few shirts made in Ho Chi Minh City. However, the prices I was quoted were so outrageous that I refrained from indulging in having some more tailor-made clothes. At one tailor I was quoted $ 250 for a button shirt. I'd rather go to Italy or England at that price point (though I would never spend that much on a shirt in general).

Overall I found the Vietnamese fantastically welcoming, honest, friendly, and great people to share interesting and fun conversations with. One note of caution, however, the island of Phu Quoc has some shady characters running the streets in the tourist areas that will try and scam you out of your money. We were once asked to pay double for a coffee that was included in our breakfast and could only resolve the situation by being tentative and rather loud. But even there, there are some very reasonably priced places and some fantastic people you can have a great laugh with. Though, if you move out of the tourist area (it is also where you experience the real Vietnam), you'll find good prices and fantastic people.