We all fall victim to appearances. We meet or see someone and form an opinion about that person. We decide within seconds whether we find someone attractive, likable, and draw our conclusions regarding their financial status. A recent study claimed to have found that it is possible to determine whether someone was wealthy just by looking at their faces. There is certainly truth to the fact that those who are financially better off are able to take better care of themselves, eat healthier, are frequently more educated about the importance of physical activity, and generally able to afford better medical care and more advanced treatments. But appearances too often are misleading.

Take for example cars, clothes, and jewellery. What comes to mind is the Keeping up with the Joneses. We certainly all have encountered someone who appeared to be loaded. They buy the newest gadgets, change their luxury cars every year, exclusively wear designer clothes and go on the most expensive holidays. You may have even read about my encounter with a beautiful woman who looked the part, but somehow missed the crucial key to happiness. We have probably all crossed path with people with worn out jeans, old sweaters, someone driving their car for years and holding on to their cellphones for years.

It is an easy conclusion: The first one must be rich and the latter the less affluent one, right?

If you have read the Millionaire Next Door, the wonderful and entertaining book by Thomas Stanley and William Danko based on their research on millionaires, you know where I am going with this. Appearances can be very misleading and frequently that one that wears scruffy worn out jeans is the one with the millions.

A few weeks ago I came across a newspaper article about a Scottish family that had more than £1.4 million to their name. Did they own a company? No. Were they smart investors? No. Did they win the lottery? No. In fact, they did nothing more than save the money they refrained from spending on cigarettes or booze and the afternoon latte. They took their saved cash and put that money to work in a savings account. Quite amazing what you can achieve financially with smart little decisions. The family from Cambeltown, a tiny picturesque village by the sea in the Southwest of Scotland with a population of less than 5,000 inhabitants, donated £1.4 million to good causes. This was the only reason their wealth came to light, not because of them spending their money outlandishly on flashy items or told the entire neighborhood about their wealth or paying rounds in their local Pub. It was their generosity that showed their enormous wealth and budgeting skills.

Once I had read about their story, I became intrigued and dug further into the world of secret millionaires on our planet. Amazingly there are quite a number of stories. I am not talking about those who are wealthy, but choose a BMW over the newest Porsche or Aston Martin. Not the millionaires who rather than wear a Rolex, they only spend one thousand Euros on their watch or those go on a four instead of five star holiday once, not three or four times, per year. No, what amazed me was the number of people who lived, let's call it frugally, at a level unacceptable to most only to amass significant amounts of wealth. Not just a few thousand. People who managed to accumulate millions through very specific, minimalist, frugal, and out-of-the box behaviors.

Would I advocate for many of these behaviors? Well, some are certainly worth considering. But with only one life, it is important to live and not save for a day that may never come. Maybe, though, there are some takeaways from these incredible savers who amassed millions by doing extremely simple things.

The millionaire who collected trash

You never know who is squirreling away huge amounts of cash. Sometimes it is even those that you hardly ever bother given a second look. Curt ‘Tin-Can-Curt’ Degerman was his name and he was Swedish. The man from the country of ABBA was extraordinary in how he achieved his enormous wealth.

As evident from the photograph he was certainly not into expensive clothes. He isn't sporting Lacoste glasses or a Tommy Hilfiger shirt, Degerman, the Tin-Can-Curt, went for something less stylish. This Hobo look-alike was far from being a poor individual. He was rich. When I say rich, I mean, really wealthy. Not just a stash of money in a savings account. We are talking gold, property, and other major assets.

Most of you have probably enjoyed the adventures of Scrooge McDuck, the rich uncle of Donald Duck. The billionaire, the richest man on earth, who was so rich, he could swim in his fortune.

Degerman wasn't that rich, he was a millionaire, but most astonishingly he didn't hold his riches in cash. No, part of his money bought him gold bars. He owned £250,000 in gold bars. In today's Dollars that is a massive $ 319,000. In Euros, his gold bars alone were worth € 281,000. That is as much as the citizens of the richest countries in the world have in wealth and substantial more than the average person has in savings.

But his gold bars were only a small part of his wealth. At the time of his passing, he was worth more than £1 million. In Dollar terms that translates to $ 1.3 million. In Euros, his fortune amounted to € 1.12 million. Whether this sounds a lot to you or not, it is the way, this inconspicuous man accumulated his wealth, that is rather incredible. He did so by investing the money he made from … this is where it becomes even more impressive … scavenging tins.

Sweden's recycling system rewards those who return tins with hard currency. Between one krona (€ 0.11) for aluminimun cans and small plastic bottles to two krona (€ 0.22)

Degerman then took the money and invested it in the stock market. Apparently he was an avid reader of financial publications and closely followed the stock market. It shows what even little sums can achieve if regularly and wisely invested. 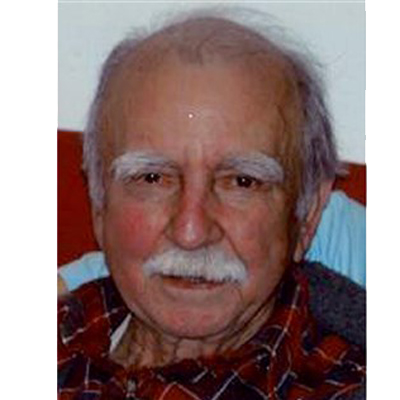 But the above was topped by a janitor from Vermont. A frugal, no frills resident of Brattleboro, a small town on the East coast of the United States with a population of 12,000, Ron Read, who worked as a janitor during his retirement years after a 25-year stint as a gas station attendant in his lifelong hometown, accumulated a massive fortune of $ 8 million. Read, similarly to others in this post, invested all his leftover money into stocks.

Apparently he was extremely frugal and even refrained from updating his wardrobe, rather opting to keep his winter coat together with safety pins. It wasn't only his clothes that led many to believe that he was far from wealthy, it was also his choice of transport, a second-hand Toyota Yaris.

In fact, Read was so frugal that he preferred to park his car in free zones and walk the extra mile just to save money on parking meters.

According to those who knew him, he looked so far from being a multimillionaire that a friend knitted him a hat to keep warm in the winter and was even treated to a meal by a guest in his favorite local coffee shop, because he believed Read to be struggling for money.

He left his fortune to his local library and hospital without ever indulging in any, it appears to him, unnecessary luxuries. 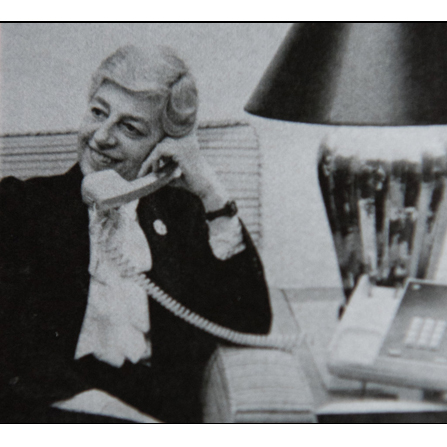 The frugality and investment themes run through all of the secret millionaire stories. Another surprise millionaire, Sylvia Bloom from Brooklyn, amassed an even greater sum by combining these two financial approaches. At the time of her passing at 96, her fortune amounted to a staggering $ 9 million.

Bloom shared another trait with so many other secret millionaires, she donated a large portion of her wealth to local organizations, a college, and set up a College scholarship.

Working as a legal secretary for New York law firm Cleary Gottlieb Steen & Hamilton for what is a lifetime in itself, 67 years, she copied her bosses investments. Whilst copying their financial investment decisions, she lived a life that could not be any further from a high-flying New York lifestyle. She took frugality to an extent that not even 9/11 or fierce snowstorms deterred her from traveling to and from work on public transport. Bloom's rigorous and thought-out approach extended far beyond her financial life. After living through the Great Depression as a child and seeing the struggles of so many people, she was determined. Her ambition and work ethic led her to attend college at night while working during the day, eventually resulting in a multi-million-dollar estate.

She was proof to what hard work, smart financial decisions, and staying your course can achieve. A fact that was also evident in the fact that she stayed loyal to her firm as the longest tenured employee. 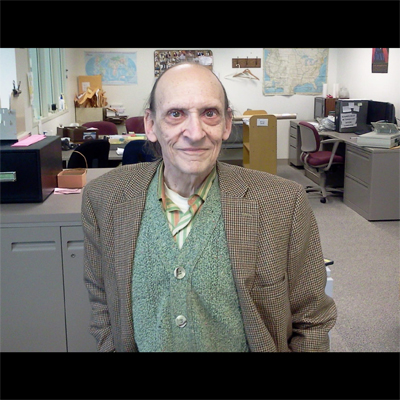 His fortune is quite impressive in that, contrary to other secret millionaires, he kept his money in checking and retirement accounts. Keeping his spending to a minimum and apparently only eating Fritos for breakfast and rarely buying new clothes, Morin put almost every penny of his income away. His secret to success was driven by frugality rather than investing in stocks, property, gold, or other assets. 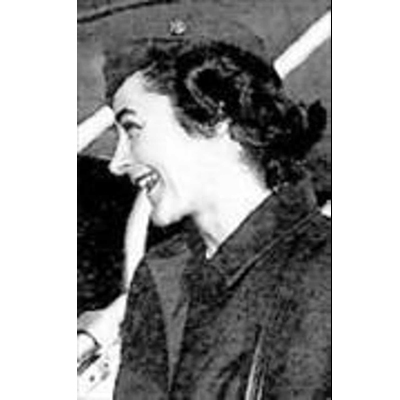 Doris Schwartz, a former flight attendant who, according to some of her friends, primarily lived on peanut butter and ice cream, accumulated a fortune of $ 3.4 million at the time of her passing at 93. Just as the other secret millionaires, she also left her estate to organizations in her local community. The beneficiaries were educational institutions in West York, Pennsylvania.

In retrospect her ways were rather witty. Her frugal ways enabled her to save millions, her job as a flight attendant gave her the opportunity to travel and see the world for free and get paid for it at the same time. Certainly one way of creating wealth while enjoying the perks of traveling.

Grace Groner, a secretary from Lake Forest, Illinois, also lived through the Great Depression. Just as Sylvia Bloom, the experience left a lasting impression with Groner. Not only was she extremely frugal, went clothes shopping at garage sales and lived in, what some might today call, a minimalist one-bedroom house, she also made smart investment decisions.

Her estate of $ 7 million went to Lake Forrest College after her passing at an impressive 100. Just as extraordinary as her age was so was the way she accumulated the enormous wealth. In 1935 she bought stocks for $ 180. Her long-term investment combined with her frugality grew to the many millions she called her fortune. 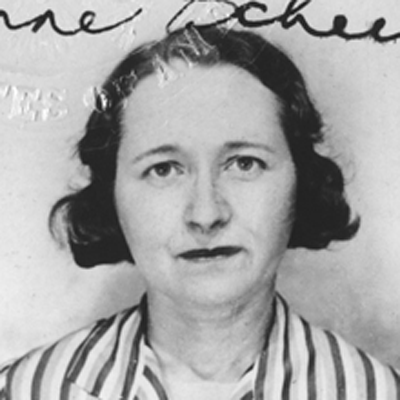 Rather known for chasing those with great fortunes, this IRS auditor used her knowledge of finances to grow her own fortune. Anne Scheiber placed her focus on investing in large-cap companies. Her investments grew to $ 22 million at the time of her passing in 1995.

Evidence to how far smart investment decisions can take you financially. It doesn't require an executive position in a company, a lottery win, or a large inheritance to grow your money into large wealth. All it takes is keeping your spending in check and making smart, yet simple, investment decisions.

All of these people are impressive in terms of their commitment to saving and investing. Particularly as neither of these ladies and gentlemen worked in finance. It comes to show how a little bit of research and financial literacy can go a long way and help you build substantial wealth.

So much from me, Captain Finance, for today. Enjoy your investment journey, but never forget to enjoy life.