What would we be without our laptops, whether they are Apple, Lenovo, Toshiba, Samsung, or any other make. Laptops allow us to work on the go, sit in cafes and beaches and earn money, chat with friends, watch movies while sitting on a train or plane. They are undoubtedly one of the coolest achievements of technological engineering of the last decades. However, they have one shortfall: their batteries.

A few days ago a relative came to visit and asked to help with his lagging laptop. He sat down and as he plugged his computer into the mains green light indicating full battery charge came on. As we were sitting there for a while, we asked him whether he always plugged his computer into the mains while running on full battery. “Sure," he said, "I always leave my battery in when I am at home. Why are you asking?”

The Hobbit on Battery Lifespan

I told him a story that occured a few years earlier while doing my PhD. It was in my second year when I went to see Hobbit, a flamboyant good friend of mine from Brazil. Hobbit was his nickname, because despite his shorter height, he would go the extra mile (pun intended) to make everyone feel happy and have fun. One afternoon I went to see him in his office on the upper floor of our business school building. The Hobbit was not only one of the greatest people to party and to have interesting conversations with, he was also an engineer writing his PhD on sustainability. His research focus was developing strategies that would, in a nutshell, save corporations energy and money.

As we were chatting I noticed that he had taken the battery out of his laptop running the computer directly via the AC charger.

“Buddy,” he said, “taking out your battery while working will substantially increase your laptop's battery life span.” 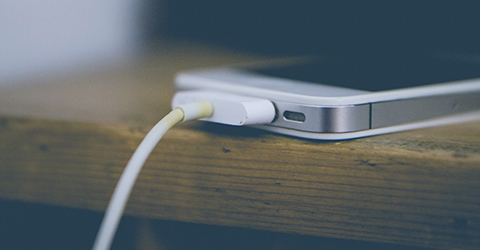 It is a message that has stuck with me. Ever since, when working at home I fully charge my battery and then take it out immediately. And it works wonders. The laptop’s battery in my first laptop would not last any longer than 30 minutes in idle mode. Comprehensible due to Hobbit's logic. For the first 4 years I never bothered taking out the battery and the constant overload slowly diminished its storage capacity. On a different laptop that I bought soon after the conversation with Hobbit, the battery still runs for a full seven hours - that is almost as long as the claimed nine hours by the manufacturer. This laptop is now seven years old and while it is undoubtedly slower than any of its modern counterparts, its battery still does it job.

Every time a laptop’s battery is fully charged, the extra energy drawn from the main circuit overcharges the battery and slowly wears it down. It doesn't improve your laptop's performance and it certainly does not do any good for your battery's life expectancy. Once the battery is charged, it can no longer store any more energy.

So after a relatively short time, you end up with an unusable laptop. It has become a desktop rather than a laptop. After all, laptops are mobile devices allowing you to work on planes, trains, the metro, a cafe, in the park, on a beach, or wherever else you please. A permanently overcharged battery will deny you the pleasure of working, surfing, or communicating from wherever you desire.

In addition, you are wasting energy. And with every kWh used for overcharging your battery you are wasting money. And wearing down the battery, will force you to unnecessarily spend money on a new battery. Let’s face it, who wants to own a mobile device that can only be used stationary.

How much money you are wasting on unused energy and a battery replacement depends on your energy provider and the type of laptop you own. But it will certainly not be cheap. Some of the most popular computer manufacturers sell their replacement batteries from $/€ 129 (£109) for Apple products to almost $/€ /£ 200 for Lenovo batteries. Money that is obviously better spent on growing your investments; especially as it is so easy to avoid these extra costs.

One great feature that now comes with many computers making it even easier for us to preserve battery life is the 80% charge function, an option that stops charging your battery once it reaches 80% of its full storage capacity. This is a great option that prolongs your computer’s battery life substantially.

And while my relative had to write off his battery and buy a new one, thanks to the Hobbit we here at Captain Finance get to enjoy our laptops for many years without ever having to worry about them running out of energy. Hence, enjoy your next holiday-work trip on some beautiful beach in Thailand.